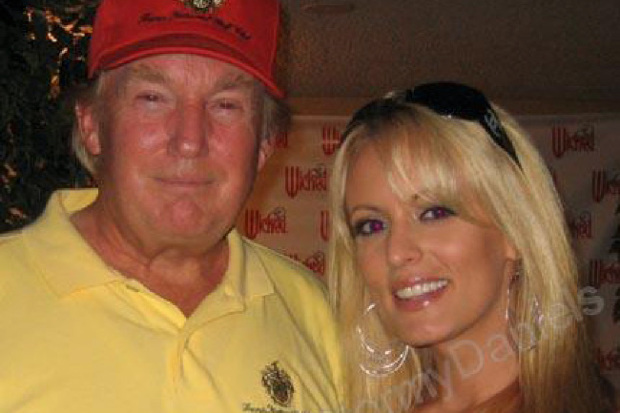 Dear Loyal Americans To Me,

Before I begin this Very Important Letter, I want to thank everybody who marched on behalf of me yesterday. Have you ever seen such a great, terrific outpouring of love for anybody before? Of course you haven’t and this just proves that the polls I am seeing on Fox and Friends showing me with an 85 approval rating are 100 percent correct. So take that, you lying imbeciles at the Fake NY Times. I can’t believe how much the kids seem to love me. But of course they do. Almost everybody does.

I really want to use this Very Important Letter to say thank you to the six or seven people who left my very stable, terrific White House this week. You are all great Americans who served your country just a little bit better than you served me. This is a bit disappointing to me, but not too much. But close … very close. It is best you are gone now and I am sure America agrees with that. And even if America doesn’t, that’s not what is important, as you well know by now.

I want to welcome all the new people to this fabulous, stable White House including the great Michael Bolton who will serve me as Social Security Advisor. I am sure you all will do better at serving me than the other six or seven people did who just left, which again is very, very important. I can’t serve myself all the time. It’s just too hard. Nobody can serve just themselves all by themselves. Everybody needs help serving themselves. I think President Franklin actually said this once. Or maybe it was Juliet Caesar. Anyway, the best people at serving themselves always have a tremendous amount of help serving themselves. So I thank the six or seven new people who will serve me a terrific amount in advance. You are the very best people. I hope. But, again, don’t let me down like Bluto did to Caesar.

You know, it reminds me of something my father, Fred, always used to say, “Donny, I have never seen anybody who can suck the life out of people quicker than you can. It is terrifyingly impressive.”

Well, as you can imagine, that has always meant a lot to me.

I have now assembled the greatest minds in the history of the legal business and am ready to defend myself against Robert Mueller for all the things I never did. As you know, this is nothing but a Witch Hunt! A WITCH HUNT. I can’t make that point enough or type it in bigger letters. I mean, I could type in bigger letters, but then my Very Important Letter might look a little silly. And since George Jefferson was the greatest writing president anybody has ever seen, I want to make sure I keep his terrifically important legacy in check. I do think my letters are a little better than Jefferson’s letters but because I am very, very humble, I am not going to say that. But I might later, just not yet. As you can imagine this is very, very hard on me not to say this. Very. So I won’t — for now.

I also want you to know I will be very upset if you watch 60 Minutes at 7 p.m. tonight on CBS. 60 Minutes is a fake show on a fake network. The things they put on the TV are just disgusting. And I have no idea what Stormy Daniels is going to say. I have never met her despite the fake photographs of me standing next to her with that handsome look at my face. And I am handsome, folks. Very, very. When I look at that picture it reminds me how lucky you are that I am your president. I can’t imagine how lucky you must feel. I mean how many presidents could have stood next to all these beautiful girls if they wanted to even if they didn’t? And let’s face it folks, if I wanted to stand next to her I could have. I could have also done A LOT more — A-LOT — if you get my meaning. But I didn’t. I didn’t do anything but just stand there. So don’t listen to anything she says on 60 minutes tonight. In fact, forget I even mentioned it.

Thank you for letting me get that off her chest.

I also want to address all the commotion around my new Social Security Advisor, Michael Bolton. This is not in the least bit fair to Michael, who I have known for years and maybe even decades. Sure he likes war maybe a little bit more than he should, but somebody has to. I mean, if nobody liked war where would we be? I’ll tell you where we’d be, drinking boring tea and bowing down to kings and queens, that’s where we’d be. We’d be driving on the wrong side of the road and have stupid accents. Instead, you are lucky enough to have me as president. So let’s give Michael a chance to do his job. If he starts any wars without my approval, I will revisit this important hire, but for now, let’s give him a chance and see if he picks the right wars to get into. I have great and terrific confidence he will.

Finally, I want to talk about the tremendous budget I signed. Sure, I didn’t get every single thing I wanted, but I got enough for now. And unlike other presidents like that idiot Obama, I read every line of the budget. Just like I read every line of the stupid message telling me not to congratulate President Putin for his great, highly impressive, and record-breaking election victory. He is a great, great man, folks. Almost as great as me, but maybe I shouldn’t say that. I’ll just say we are tied for being great, but he wins in a tossup because he has been doing his great job longer than I have been doing my great job.  Thank you President Putin for the great job you are doing. It takes a big man to congratulate somebody who might not be greater than you, but I do this all the time.

Well, as usual I spent a lot more time on this Very Important Letter than you probably deserve. I still am not happy with my poll numbers lately, even if they are at an 85 percent approval rating. What that shows is there are still people who aren’t completely loyal to me, and just how bad these idiots are on the Republican side who are losing all these election despite my sky high poll numbers. I will have much more to say on this in the days ahead. Believe me.

To the 85 percent I say thank you for all you are doing for me, but you can probably do more. To the other 15 percent I say, Michael Bolton has his eye on you.