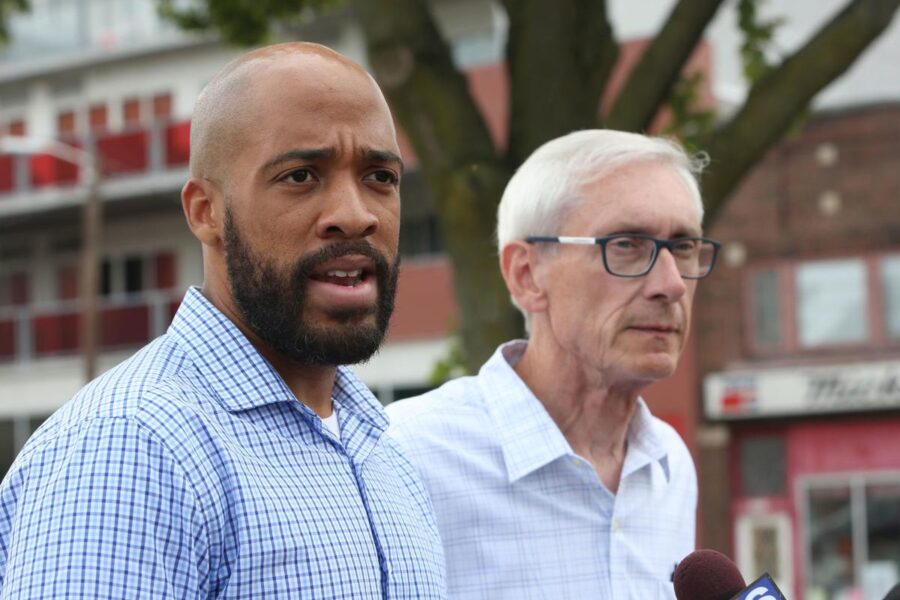 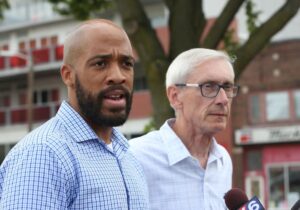 Across the nation, candidates like Mandela Barnes (left) are focusing on getting The Left to the polls. Too many on the Right refuse to be saved. Barnes is running for Lt. Governor in Wisconsin alongside Tony Evers (right) the gubernatorial candidate. (photo, Madison.com)

As Hurricane Florence bears down on The Carolinas it is impossible to miss the dark, gruesome metaphor of the man-made bomb that is tearing through our countryside leaving a trail of raw sewage and filth in his mud-strewn wake.

Striking a somewhat selfish pose, I have been thinking recently about how I have handled this daily assault to our common senses. I mean, aside from not very well.

The past 22 months, otherwise known as the worst 10 years of my life, have changed and in some cases confirmed, how I think about America. It has also struck a nerve I wasn’t sure I had buried deep beneath my thick, calloused cynicism. Nearly 30 years as a journalist taught me to process horror through the brain and never, ever through the heart. Feelings only clogged the dissemination of the news.

Free from “the process” and now able to inhale and internalize all this horror, I have come to find I actually care about this country a helluva lot more than I ever knew. Go ahead, read that how you want, but I have been thinking hard about the ‘whys’ of things. And I suppose I am also as guilty as the next guy for taking things for granted, even after protecting and serving in the Navy so many years ago. Turns out there’s still a whole lot worth fighting for.

When the bomb hit in late-2016, like so many I walked around in a daze. Interestingly, after two weeks of massive depression I even tried to justify it. That was a raw go-to reaction. I construe it now as pure anger. I typed that we somehow might have deserved Trump and his awful hyenas in the GOP. The way I figured it, Lady Liberty had been ignoring some serious health issues for decades. It was only a matter of time before it caught up with the grand ol’ gal and knocked her flat on the floor. This is also a good time to digest the ice-cold irony of a black president pushing for the right to healthcare for all of us, only to be followed by a Nazi-coddling GOP who couldn’t wait to shove a stake in our heart on behalf of corporate America.

Speaking of hearts, I soon discovered mine again because I knew deep down good people and all animals didn’t deserve anything this awful. I don’t think I will ever get to the point where I’ll excuse the misguided morons who actually voted against their interests and for Trump. While I believe most people certainly do not get what they deserve in this casino of life, if you just couldn’t wait to shake it up, and rolled the dice on a concrete slab like Trump, you have very likely always been morally flat-busted. Who knows, maybe you’ll learn this time, though I’ll bet a shiny quarter you won’t.

A guy named Mandela Barnes isn’t playing this fixed game, either. Barnes is running for Lt. Governor in the great state of Wisconsin. He, too, figures with the clock ticking and so much on the line wasting even a second reaching out to the folks who so willingly tossed our country to a bigoted huckster is a deplorable waste of time. So at a campaign rally this week he said what rang as music to my ears. This race “…was not about Obama-Trump voters,” he said. “If they voted for Obama and they voted for Trump and they are still with him (Trump), you can keep them.”

That is exactly right. And we know that is exactly right because the GOP reflexively criticized his comment as, “an insult to hardworking Wisconsites” whatever the hell that means. They also rolled up their sleeves and started shoveling their race-baiting bullshit wherever they could toss it. You know, the go-to weapon of choice the Right always holds tight in the case of emergency.

But here’s where we agree, their support of Trump is a damn emergency … Gubernatorial candidates Stacey Abrams in Georgia and Andrew Gillum in Florida are saying essentially the same thing: You voted for Trump and are still with him, the hell with it and you. We’ll spend our precious time on the people who deserve saving from the storm. We’ve been burned by the rest of you for the very last time …

Which takes me back to the glorious day following the most pathetically attended presidential inauguration in generations. That was the moment America’s beauty emerged like a beast. Led by our women, millions of Americans took to the streets. And those tears? That was liquid rage, sonny. That was defiance. That was “we didn’t start ANY of this, but we will tell you how it will be finished.” America might yet go all the way down, but it won’t go one step further without a fight … Welcome to The Resistance.

Even with strength in numbers, if the Left is going to do what I think it will on November 6, it will have to overcome overwhelming odds that the GOP has baked into their corrupt system. Thanks mostly to gerrymandering and voter suppression, the Democrats will get out of the blocks on that Tuesday already six points down in the popular vote. That’s like starting a football game trailing, 6-0.

Instead of saying “no fair,” I’ll say this: If you think we are mad at the GOP for all this injustice you’d be right, but only half as mad as we are at ourselves for letting all this happen in the first place. Our heads were high in the clouds while the Right went low and took a hammer to our country. We must see to it that it never happens again.

As we close in on the most important elections of our lifetimes, I can literally feel the urgency boiling up inside of me. We are 52 days away from the election. This seems both unbearably far away and terrifyingly close. That is the day we will find out what we really are in America.

Me? After what I’ve learned over the past 22 months, I’m betting it all on The Resistance. 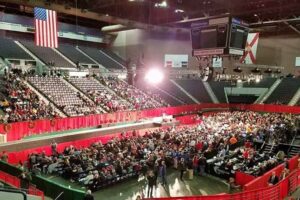 Donald Trump went to Florida to speak on behalf of somebody from Alabama in front of a packed house Friday night. Many, many people all calling it the greatest speech ever by anybody.

Donald Trump went to Florida to speak on behalf of[...] 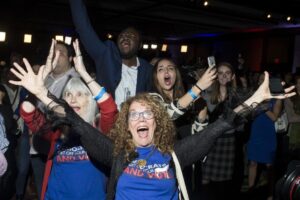 By now the #TheResistance was a full-blown thing and an amalgam of everything that was still good and right about this country. Environmentalists, civil rights crusaders, educators, kids and do-gooders in all shapes and sizes had pulled together and were literally on the march. Our women were leading the way and not a minute too soon, because everything depended on November and what might be America's last, best chance to set about making things right again. 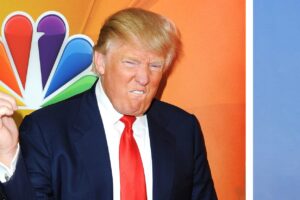 I also want to say you are welcome to the TV stations who asked me to come on prime time tonight and help bail out their failing ratings. I think you will see me doing a lot more of this in the future, folks. I get to use the command of my best words and past super ratings successes to change everybody's mind about very important, terrific things and they get to see their terrible, disgusting ratings go through the roof. I think you can see pretty quickly how great this plan is.