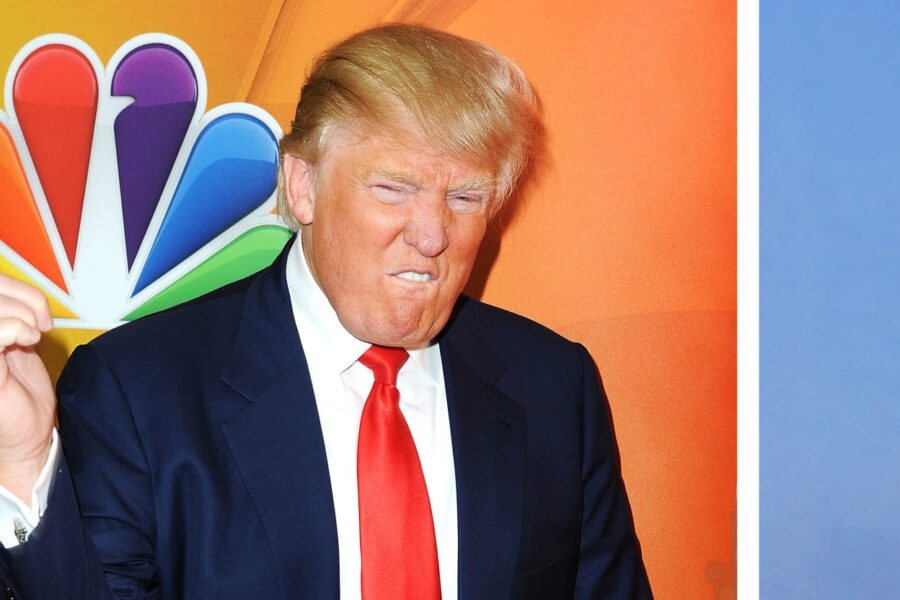 (EDITOR’S NOTE: The contents of Donald J. Trump’s history-making, 7-or-8 minute speech on border security tonight were leaked to us early this morning by an unnamed source who really, really wanted to be identified as Stephen Miller. We can only assure you they were provided to us by somebody in a position to know its contents. Here then, is Trump’s Oval Office speech:)

Good Evening to All My Fellow Brave and War-torn Patriots Like Myself,

First, you are welcome for thanking me for standing strong and keeping Americans safe from the caravans of terrorists that continue to pour toward our border to try to get into onto this country to kill our children and rape our woman.

Second, I also want to say you are welcome to the TV stations who asked me to come on prime time tonight and help bail out their failing ratings. I think you will see me doing a lot more of this in the future, folks. I get to use the command of my best words and past super ratings successes to change everybody’s mind about very important, terrific things and they get to see their terrible, disgusting ratings go through the roof. I think you can see pretty quickly how great this plan is.

So, again, you are welcome.

Before I tell you what I plan to do about everything, I want to make sure I tell everybody how unfair Nancy Pelosi has been to me since she got her new job speaking for the houses. Frankly, and I don’t like to talk this way about a lady who is pretty obviously getting up in years, but she has been pathetic and has no idea how to negotiate great deals like I do.

Last week when I was in Rose’s Garden giving one of the greatest press conferences ever to the lying media, for instance, I said that maybe I would be open to have a fence, and not a wall. That’s reasonable, right? I said that maybe it would be made out of steel and probably only a little bit of concrete. I also said that maybe we could use steel slats with pointy things on top that would puncture the terrorists if they tried to climb over the wall or fence or whatever fantastic, incredible thing I’m going to build. I also said that maybe we’d take a little less money, not a lot, but just a little bit less to build the border, fence, wall. I said ALL this and you know what she said?

Well, then over the weekend I said that maybe we could use only steel slats and maybe a few trenches and some plexiglass so you could actually see the terrorists riding toward the border in their caravans and we would be able to keep an eye on them by looking through the giant glass wall. This is actually genius, folks. It might even be cheaper, I don’t know, but probably.

So despite that great, terrific plan, you know what Nancy said?

She said NO again!! Just like that! What kind of negotiating is this?! This isn’t negotiating!! This is an old, grouchy lady just saying NO to me all the time for NO good reason. She has no idea how to build things. What has she ever built? What has she ever done? Speak for Houses??? I BUILD houses!

NO. NO. That’s all she keeps saying to me. NOOOO!

You no, er, know, my fellow Americans, my father, Fred, used to say to me all the time, “Donny? I just have to say nobody — I mean nobody — I have ever met has a tougher time taking NO for an answer than you. It’s really amazing.”

Well, as you can imagine, that always meant a lot to me. Then he’d palm me a few Ben Franks and I’d go shoot dice with the other hardscrabble kids at the Yacht Club to cool off for a bit.

Well, let me tell YOU something, NANCY, I am not taking NO for an answer anymore, and tonight will be declaring a national emergency and will be sending my troops to the border to blow up the caravans of terrorist as they try to cross into our country and kill all our children and rape all our women.

I have had discussions with our generals and they think this is great plan, and are waiting to salute me when I give this order. So I am giving this order, but I’d like for them to wait to salute me until I can actually see them. That is very, very important, folks. There is no reason to salute anybody if they can’t see you. Why I bet there are tens of millions of Americans right now who are just dying to give me a salute …

Again, you are welcome.

I also want to thank all the government employees who back me 100 percent on this wall. They have told me that even though they are all Democrats they want me to build this steel or concrete or glass or slats or fence or a littler bit of concrete wall no matter what. They said they told Obama and Bush and Clinton and Carter the same thing over the years but they didn’t listen and they had to go to work without the wall they wanted.

So, no worries, I will keep you out of work, until you get your way. You don’t have to thank me now, but I guess you can if you want to. And I hope your landlords and utility people won’t be mean to you for doing such a great thing on behalf of your country. I’m sure they will understand especially after hearing this great, terrific, unbelievably powerful speech. Besides, thanks to me, there are plenty of jobs, so maybe you can get one of them in the meantime.

So there you have it, folks. You don’t have to thank me now for not taking no for an answer anymore, but you probably should.

I hope you tune in next week at the same time, same channel, when I update you on the War at the Border.

Democrats, as always, have plenty to run on. This year[...] 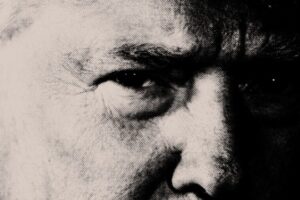