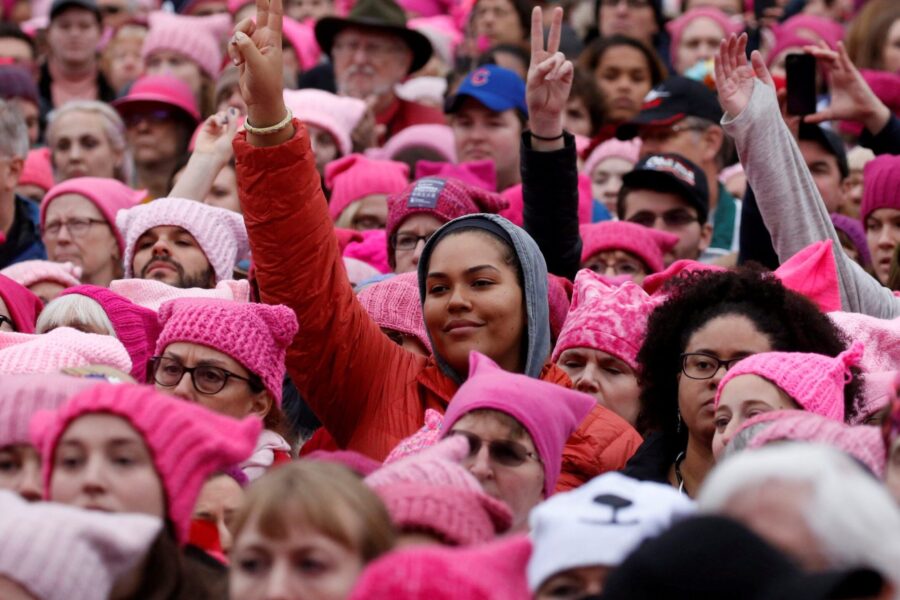 Following the blast only hours before, on the evening of Tuesday, November 8, 2016, I wiped 45 minutes of uneasy sleep from my puffy, sore eyes, grabbed my phone and somehow punched this onto my Facebook page: “Well, at least the sun came up today …”

Donald Trump had somehow been elected President of the United States.

I was one of those who said it would never happen. “Oh sure,” I’d tell people who used to listen to me, “Hillary’s not everybody’s choice, but she’ll be most people’s choice. Because how-in-the-hell can a majority of Americans support a lying, racist monster?”

The polls, back when we trusted ’em, showed Clinton holding on in the states that counted. Here in Wisconsin, she was +6 a week out from Election Day, and after Comey and his crooked FBI had done what they could to rattle a nervous electorate.

We were going to hold on, and then make sure we did everything in our power to make sure that nothing this vile and this revolting could threaten our democracy again. Even many Republicans felt this way. We know this because of what they said about Trump as he bashed his way through their primaries — Cruz and Graham and Rubio and Bush and scores of others.

Then the results starting trickling in, and while Clinton was winning more votes, she was not winning enough of them in the places she needed. When the counting was over, Hillary would go on to earn nearly 3 million more votes than Trump that night. But she drew a deplorable hand in the Midwest, and the guy who had literally busted Casinos in the Northeast had stolen enough blue chips with a wink from Putin, to win the White House.

So it was on the morning of Nov. 10, after struggling for little sleep, I woke up and this immediately scooted through my mind: “Holy shit, Donald Trump is the fucking President of the United States.” I then dealt with that for the rest of the day, while pretending everything else in my life was somehow normal.

If misery loves company, I was somewhat heartened then to find millions of others were suffering from the same affliction. The reality TV star’s ascension onto the world’s biggest stage was having an unshakably awful affect on us.

That was about the time I also found my way onto Twitter which literally had a grievance and a hashtag for everything. But there was one handle that positively lit me up: #TheResistance. The Resistance?! Sign-me-up.

Either we were going to put this Trump shit down, or die trying.

Better yet, the Resistance was led mostly by women — women who had had enough of this broken nonsense for years, but now were going to collectively take all the time and resources they needed to do something very definitive about it. And not just here in the States. Women all over the world were responding to the shock. If it could happen here, it could happen anywhere.

There were marches — BOY, were there marches! — voter mobilization efforts, and an organic energy for change not felt for decades in a country that had gone flat, and gotten entirely too used to itself.

Now wide awake as hell, what The Resistance really needed to do was to win something again.

After falling short only months after the election, when long-shot Jon Ossoff lost a Congressional bid in Georgia in some district most of us had never heard of, and more of us never cared about, we turned our attention everywhere else.

And we started winning …

We wiped out Republicans in state elections in Virginia and New Jersey and in a Congressional Special in Western Pennsylvania — Trump Country. Then came the Big Bang: Democrat Doug Jones won Jeff Sessions’ open U.S. Senate seat in Alabama. Trump The Bully had campaigned hard for that one, and was roundly smacked in his big yap.

Something big was happening.

So it was, The Battle To Stay In The War was set to be waged across the American countryside on November 6, 2018. This will be written as one of the most important days in American history. If Trump’s Republicans could hold off the charging Democratic Resistance in the Midterms, they would hold onto all three governing branches. The ensuing damage left by an unchecked Trump with a mandate, would be nothing less than catastrophic.

The Democrats needed to pick up 23 seats to reclaim the House. The polls were saying this was doable. The Resistance was saying, “Fuck the polls. VOTE.”

About a week later, when all the votes were counted (NOTE TO TRUMP: Votes are counted for days and days after elections in America), led by America’s women, the Democrats gained 41 seats, their largest haul in almost 50 years. Further, the most diverse House in history would be seated. Men and women from all backgrounds and colors would FINALLY have a say in how this country was governed.

Now, all this hard-charging group needed was a leader … a shrewd political dealer who knew when to hold ’em and when to fold ’em. A Speaker who could point a finger at Trump and say just one word: “No.”

Nancy Pelosi was unanimously chosen to lead The Resistance, because you are damn right she was.

I’ve typed this before, but there better be monuments erected to this woman, because she has done at least as much for this nation as any man.

With Pelosi at the helm of the House, seven new Democratic governors seated across the fruited plain, and scores of new Democrats in statewide legislatures, Trump and his Republicans were officially on the run.

The ensuing two years saw the thuggish Trump called into account time and again, as he badly botched a government shutdown and was impeached for trying to sell American treasure for political favor. The man who never bothered to read a briefing paper was now being read the riot act by a Resistance that had clawed its way back to the high ground and was now in position to better able fight for the majority of this country.

I am typing this on the morning of November 2, 2020. We are literally on the eve of what is widely acknowledged to be the most important election of our lifetimes.

The Resistance has put the work in. We have shed blood, sweat, tears and dollars. We have cried out and lifted up. We have stayed together even while staying apart during a killer pandemic made worse by an administration which sees death as nothing but a bump on the road during their journey toward going even lower.

We know how to win again, but more importantly … we know we must win again.

Everything depends on it. 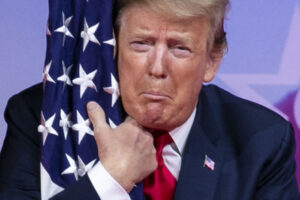 I believe it is simply easier for them to love their flag than it is to truly love their country. That is clearly the case with Trump who has been know to literally suffocate the thing one minute while mocking a war hero like John McCain the next ... 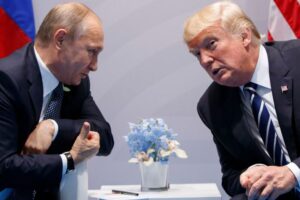 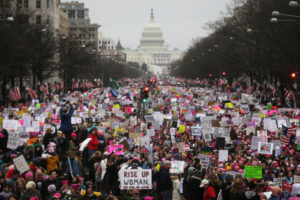