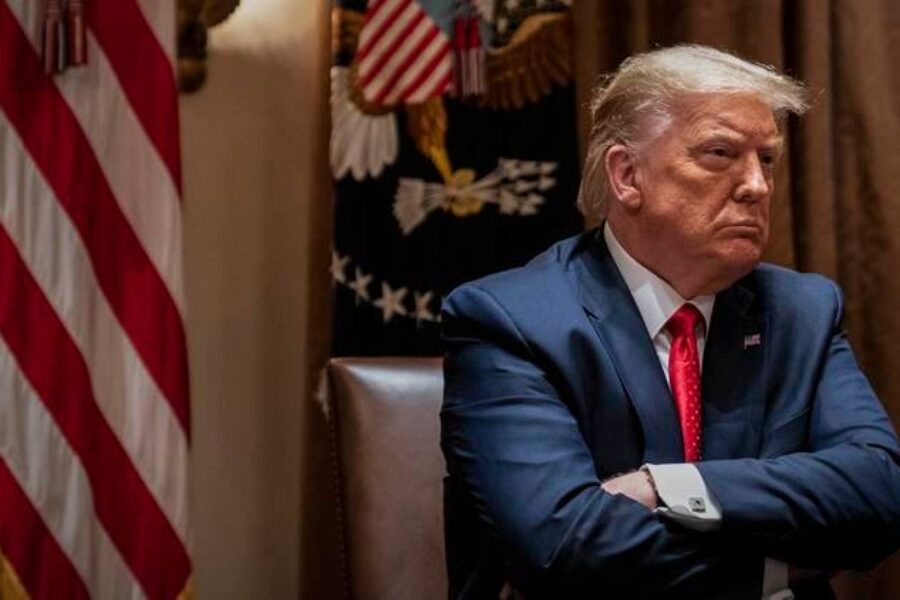 (EDITOR’S NOTE: Thanks to an unnamed source in a position to know — and who we will come up with a name for later if pressed — we were able to get tapes of a high-level conversation in the White House Bunker between Donald Trump and several of his low-level aids, as they plot to stay in power for the next 20 years or so. That conversation follows …)

Donald Trump: Thank you for joining me for this incredibly important meeting about figuring out how to keep me in office the next four or eight or 14 years … or as long as I think I should stay in office to keep making America great.

Stephen Miller: Ya, Fuhrer! We are honored to be in this meeting with you!

Miller: He said he regretted that he couldn’t make it, Fuhrer. Said something about an all-you-can-eat buffet at Lindsey’s Capital Hill Christmas Party at his ultra-pink penthouse.

Trump <screaming>: How am I supposed to do this without Barr??? He’s supposed to have my back! He’s my fucking lawyer!!!! How dare this son of a bitch skip this important meeting, Why I’ll …!!!!

Trump: Shut up, Rudy, and wipe off your face. Yer head is dripping again.

Giuliani: Yes sir. I’m not sure why it has been dripping so much lately. Might be diet or maybe stress …

Mike Pence: I’m over here in the corner, sir. Trying not to make waves during this historic moment.

Trump: Get over here, Mike. Yer not sitting this one out.

Trump: Where are my generals? I can’t get any of Marshall’s Law without my generals.

Trump: No yer not. Er, I mean, not a real general. You are retired and in a sports coat. I need real generals. Powerful generals. With armies and ships and Marines! The kind of generals that wear uniforms and salute me everywhere I go. So where are they???

Miller: Not here, Fuhrer. No reason given. I called over to the Pentagon again before the meeting and nobody is picking up.

Trump <screaming again>: Not here??????? NOT HERE???!! I told you they were suckers and losers! I ask them to do one thing for me. ONE THING!!! And they are too chicken. Don’t they want their country to be great? Don’t they want to attack our lousy, rat-infested, shit hole cities with all those crybaby liberals? Don’t they want to bomb Wisconsin??? I thought they hated liberals!!!!

Trump: Thank you, Magic Button. You always know just how to cool me off. Measured, sexy, slightly dangerous with your slippery words … and those boots you are wearing today. Jingle, jingle, eh baby? Why if we weren’t in a meeting, I’d …

Trump: Sorry, baby, I got distracted there … Melanie hasn’t been by the bedroom since the election I won in a landslide, so I’m just feeling my incredible, terrific oats a bit today …

Trump clears throat: Now, where were we????

Miller: We were talking about implementing Martial Law and doing literally everything we have to to keep you in power, Fuhrer.

Trump: See? This guy has focus. You don’t get that kind of focus without working at it. It takes years of practice. How old are you, Stephen? 58?

Trump: Sorry, who are you again?

Trump: What happened to the blonde girl? You know, the sort of plump, decent-looking one?

Trump: Oh, that’s too bad. I kind of liked her. She’d be a real catch if she’d just take off about 20 pounds. Why, the things I’d do to her … Hey, she might be just right for you, Stephen! When I was in my 50s, broads in their 30s were just right.

Trump: Well, that’s your fault, Lightning Bolt. You got me kind of charged up with those boots and that blouse … that Jared’s a lucky guy. I hope he knows that. Now where were we again?

Powell: We are in the White House Bunker planning strategy and tactics for the overthrow of all Democratic norms in the name of installing you as America’s first forever president, sir!!! Onward!

Trump: You bring a lot of energy for an old broad, I’ll say that for you. So when do we attack? Or do we wait for the football coach in Mississippi to make the first move, declaring the election a big, gigantic fraud? What’s that guy’s name again?

Miller: Tuberville. Tommy Tuberville, Fuhrer. And he is from Alabama.

Trump: Alabama, Mississippi, no difference. And seriously, what’s his name?

Trump: What kind of redneck name is that???? You mean, the one senator we got right now who will follow through with our plan is named, Tommy Tuberville????

Miller: Ya, Fuhrer. But there are many other senators just waiting to climb aboard and support us!

Miller: You tell him, Mike.

Pence: No, you tell him, Rudy.

Giuliani: You tell him, Sydney.

Powell: You tell him, General Flynn.

Flynn: Er, you tell him Ivanka.

<Trump is heard screaming and throwing chairs around>

Miller: Hell if I know, but I hope Lindsey’s serving Big Macs at his party … 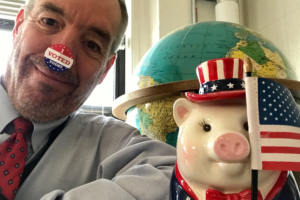 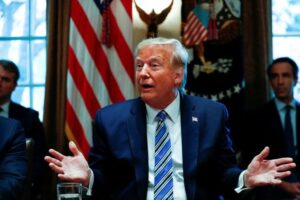 Ever wonder what a Trump meeting on COVID-19 sounds like? Well, it sounds just-like-this ... 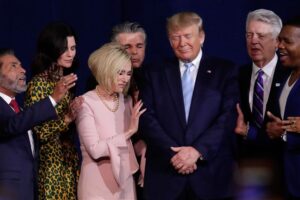 "So here I am making another selfless sacrifice just like Jesus used to do and writing to you when I could be planting palm trees, chasing after Easter eggs or golfing."