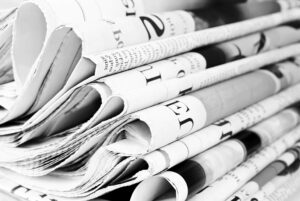 Giving the geeky media phrase “hastily thrown together news conference” an even  worse name, Trump  appeared in some gold-hued room to announce his latest cabinet re-pick.

Within minutes, though, the cameras picked up on what was really happening: Trump was all of a sudden doing that weird, wavy thing he does with his little hands. His cadence got slurry and condescending. The switch had been thrown out of nowhere. He was now spitting globs of red meat out to his supporters, starting mostly with himself.

What the majority of the country saw, of course, was a raving lunatic, who was bent on proving to Saturday Night Live he was more than prepared to beat them to every punch line. “Take that, Alec Baldwin! You think you got me down, pal? You gotta take it a lot lower than that. Ha!”

Yes, The Defective Power Tool was suddenly humming right along and on his game, bashing anything within reach, while alternately hugging himself. In other words, he was re-editing history at light speed, and doing some big-time lying.

“We got 306 [electoral college votes] because people came out and voted like they’ve never seen before, so that’s the way it goes. I guess it was the biggest electoral college win since Ronald Reagan.”

“We had a very smooth rollout of the travel ban. But we had a bad court. Got a bad decision.”

“The leaks are real. The news is fake.”

And, finally, there was a crumb of truth:

“I don’t think there’s ever been a president elected who in this short period of time has done what we’ve done.”

Of course he saved most of his shocking  shtick for the media, which has the unfortunate job of following Trump around, listening to the insulting garbage he emits from those puckered, crinkly lips and then reporting it to a frazzled nation, which by now gets its calm and relaxation shoving their fingers in empty power sockets, while hoping their dogs will kick them.

He also ratcheted up the “fake news” bullshit, which would be easy to type as funny except it has a strong Nazi ring to it. You know, “You’d be best to believe what I am telling you, or we’ll hunt you down and kill you. Now go enjoy the rest of your day.”

This is how The Power Tool plays the game: He makes news, mostly by saying stuff that is provably fake. This gets diligently reported by the working press. He then snarls, slaps Sean Spicer in the bean, and grabs his nuclear-powered cellphone.  Pulling Steve Bannon in to ensure there are 200 watts of chaos in the room, he rewrites the news in 140 characters or less.

He then dumps the phone and gets back to those one-after-another episodes of The Apprentice that loop through his head. In that safe, padded place he closes his eyes and waits for the part in the show where he whips his laughable manhood out on the board room table and fires somebody. Only then is everybody safe and happy again, and he can get back to lying to the American public …

As everybody was still processing the extraordinary events of the day before, Friday afternoon came rolling in and Trump decided it was time to outdo his hateful self. So at 4:32 p.m., EST, out this came:

Honestly? My knees buckled. This was SICK! alright.

Here’s where people better understand what is going on here: Under President Bannon’s orders I’m sure, Trump is trying to pit the American public against the only force all of us can really count on to be there and get it right.

Rather than type endlessly again about the importance of the working press, I’ll type this:

The press is nobody’s enemy and nobody’s friend. It is a collective of imperfect human beings who see it as their duty to hold power into account and let you know what is going on in that room … that game … that meeting … that country … that conversation … that war … that phone call … because almost certainly you don’t have access, and can’t be there. Nobody is making anything up. They are telling you what happened and what was said.  Do they get it wrong sometimes? You bet. Do they get it right damn near all the time? Oh you-betcha they do. It’s their damn job. And know what? Trump will actually appreciate this: Those lowlifes who take the low road and concoct news get fired. Pronto. Credibility, their only calling card, is flushed away with their press card.

The Defective Power Tool, who lied and lied and lied during that surreal “hastily thrown together news conference” will pretend to read that as shocking news, but as he knows better than anybody on Earth right now, the truth hurts. 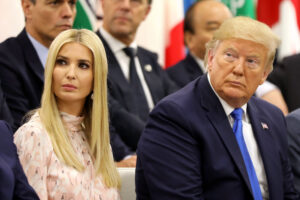