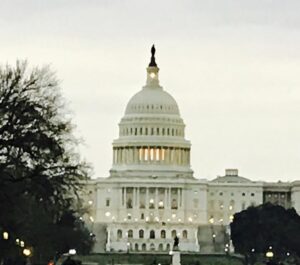 Five days after miraculously proving he could read at a second-grade level during an address to Congress …. Five days after reading out loud that “the time for trivial fights is behind us” …

… Donald Trump slid off his plush, feathery, steel-enforced jumbo Florida bed early Saturday morning, elbowed the help to the side, kicked away his bedpan, chugged down an ice-cold Yoo-hoo, snatched his cell phone with his oily little fingers and once again proved that what goes on inside his head, and seemingly constantly, would make a bat cave seem like a sunny place by comparison.

Even before the sun dared its first peek of the day at the wounded nation in idealistic ruins, Trump was getting into some auto-conspiracy theories robed in throbbing hate and delusion. In other words, he was tweeting again.

Trying to make any sense of what flows out of this hideous, gaping hole during these freakout sessions with his phone is impossible unless you are his bunk buddy, Steve Bannon, and/or happen to know the Johns — Miller or Barron. It’s a very exclusive country club.

Most of it has the rancid smell of serious, serious inadequacy issues, best I can figure.

It’s devastatingly hard for Trump knowing most of this country and the world hate him, and pine for safer and saner days when a real man ran things. It’s harder yet admitting it.

Much easier to blow your nose all over America and let the Republican partisans in Congress clean it up. They’ll learn the meaning of true love yet.

He knows he’ll never lose the support of Trump Country, but seems like he is inching closer to proving that point by grabbing one of ’em by the scruff of the neck and shooting her in the middle of 5th Avenue. He takes his narcissism very seriously, ya know.

Trump spent the better part of two years careening around our country like some hopped-up-on-crack, blowhard-caped action figure. GI Joke.

He flew into one building after another and set out to verbally destroy our greatest institutions and people. Trump was so punishing, so mean, and so vindictive even Dick Cheney took his waterboard and went home.

And at the end of the campaign trail of blood, sweat and tears, he won the prize. To Trump, the end always justifies the means — and by means, I mean, MEAN.

There were actually people I would describe as completely sane and thoughtful who closed their eyes, crossed their fingers, and somehow saw this all suddenly getting better because Trump  proved he could read and softly smirk for 90, nonstop minutes on a rainy Tuesday night in D.C. There were still citizens ready to give this real-time stinking mess the benefit of the doubt.

Are we done with this now? Better be, because there will be no more congratulatory gestures of thanks for your naive and dangerous civility.

Trump is not changing. He is this awful. He is this mean. He is this vindictive. He is this paranoid. Even if he wanted to change — and who knows, maybe somewhere in the pitch-black madness of his mind he wants to — he can’t.

He never sees the light.

This morning, Trump is doubling down on Saturday’s dark, shadowy visions. Obama is still after him. Arnold, too.

Putin is getting quite a kick out of all this. 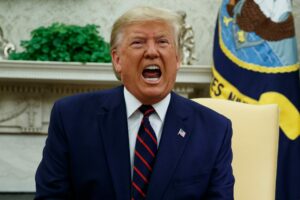 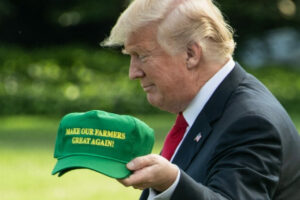 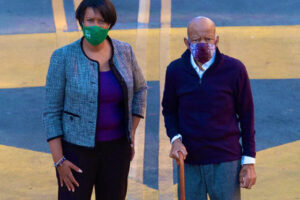 For decades, white people have kicked, screamed, beaten, burned, lynched and conducted themselves in myriad horrific ways before grudgingly "giving" black people what was rightfully already theirs.