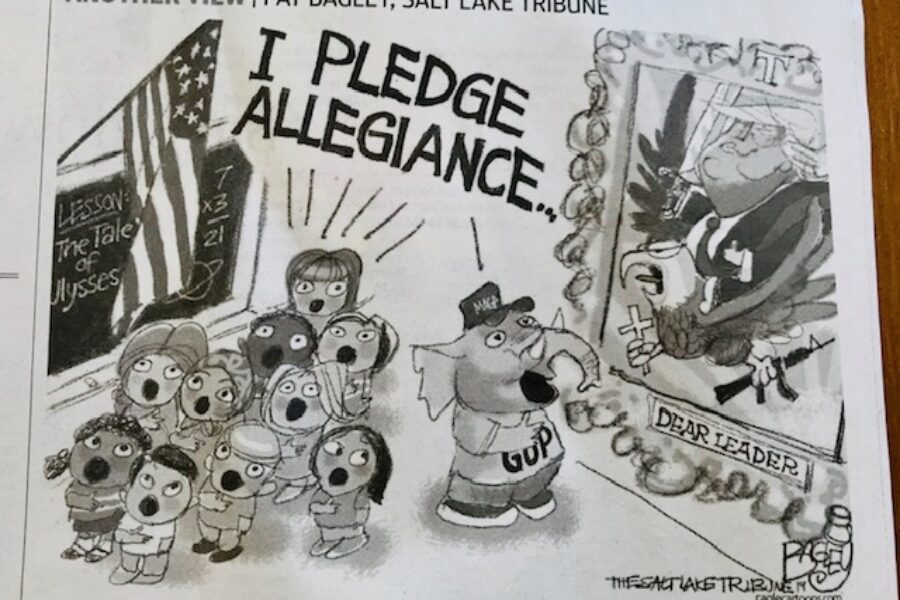 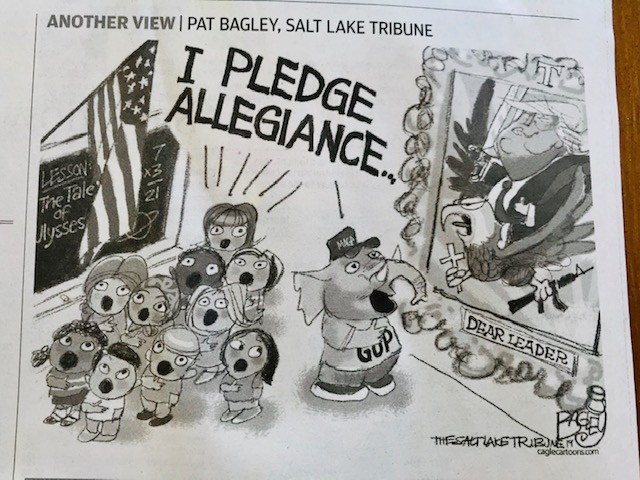 Nothing Donald Trump has done since he was somehow elected two-plus years ago to punish America, our allies and our common decency has surprised me in the least.

A lifelong lowlife, this dishonest, loathsome conman has always been in everything for himself. He will gleefully screw anybody and anything, while feeling absolutely nothing. And now that I type that, you can take it quite literally.

He has lied several thousand times since taking office because it is what he has always done. That puts his lies over the course of his miserable lifetime into the hundreds of thousands. He lies about everything because it long ago got to the point where he was incapable of telling the truth. If it will make him feel good for even a split second he’ll say literally anything and sometimes over and over again. “Obama wasn’t born in America.” … “I had no contact with Russia.” … “Mexico will pay for the wall.” … “Lock her up!” … “<insert repeating lie here>”

Honesty simply doesn’t matter to him and has no place in his low life. Two-thirds of Americans don’t trust him.  He treats the truth like he treats vegetables. Sure, a side order of introspection and asparagus might be good for me in the long run, but right this very second I want french fries and a coke. AND I WANT THEM NOW, DAMMIT!!!

He coddles dictators because, well, of course he does. He fancies himself a dictator after all, and if he spent even an hour or two with a single history book would no doubt be pleasantly surprised just how much he eerily resembles Mussolini. It’s almost uncanny, right down to the smug, protruding jaw.

He nods to Nazis and bigots because he has always done this, too. He spread the ugly birther crap because it was right in his wheelhouse as an expert racist, liar and abhorrent slob. He adorns his golden, garish country clubs with fake magazine covers which fictionally feature himself because above all else he is massively insecure and completely inadequate.

No doubt the members of these grotesque, gated hideouts snicker behind their orange master’s back, which actually makes them almost as pathetic as he is.

He carries on like a classless, two-bit gangster, because there have always been no shortage of low-rent, stupid, suck-up wiseguys like Michael Cohen around, who are only too happy to blow smoke up his fat ass if there’s a few bucks in it for them. Irony then, that it’s only after they’ve been shown the Trump Tower door they are finally able to breath clean air again and are forced to choke on all the truth they helped Trump suffocate.

Even four-star phonies like Mike Flynn can be intoxicated before having their innards exposed by Bozo the Traitor. Oil slicks like Rex Tillerson wanted in on the Trump con, but just couldn’t last, and have since gone back to counting all their ill-gotten gains in the peace and quiet of there own garish thrones.

So, no, none of what has transpired is surprising to me or any right-thinking, honest citizen of the world. What is surprising, is that so many people in the Republican Party continue to excuse it. Basically, all of them.

And if you are saying, “Sonny, you are giving the inhabitants of that party way too much credit. They have always been 100 percent pure mud,” I am saying fair enough, and guilty as charged.

While I knew the majority of the Republicans would stay with Trump because he represents who they are really are, I figured a smaller percentage would peel away once they finally saw what everybody else did: Their emperor not only had no clothes, he also had no ethics, no character, no class, no soul and did not give a damn about THEM.

In the early days of this two-year torture test, these allegedly principled Republicans winced and deflected when it was pointed out their party was now owned by Trump and everything awful that went with him. “No it wasn’t,” they said. “We are better than this,” they said. “Hillary ran a shitty campaign,” they said. “Everybody got what they deserved with Trump,” they said. “But he doesn’t represent us,” they said.

Turns out, just like their candidate, they are all full of shit. Actually, they are far, far worse, because there was a time they actually claimed to know better and supported politicians like the gusty Lindsey Graham who said with a defiant whimper, “If we nominate Trump, we will get destroyed … and we will deserve it.”

Nope, Graham and the Republican Party are owned by a thuggish mob boss who cares only for himself first, and his revolting family second. The notion he gives a single shit about our country or even his party should have been completely extinguished in Helsinki when it was clear to anybody with working eyes and ears that he was, as Clinton warned us, “Putin’s puppet.”

So where does this leave the rest of us? In the majority, that’s where. On high ground looking down at these anti-American slobs, that’s where. In a position to change the course of this country for the good like never before, that’s where.

If Democrats can continue to stay as engaged as we were in the lead up to the history-making Midterms, we will destroy the Republicans over the next decade or so. We will win big in places like Texas and turn the Supreme Court into a majority worth being proud of again.

There are millions and millions more of us. We have tremendous strength in numbers and we are on the right side of the fight.

And if we blow this opportunity … ?

Well, then, the only thing on earth worse than Trump and his Republicans will be us.

You are crushed. Heartbroken. Angry. You are looking for answers.[...]