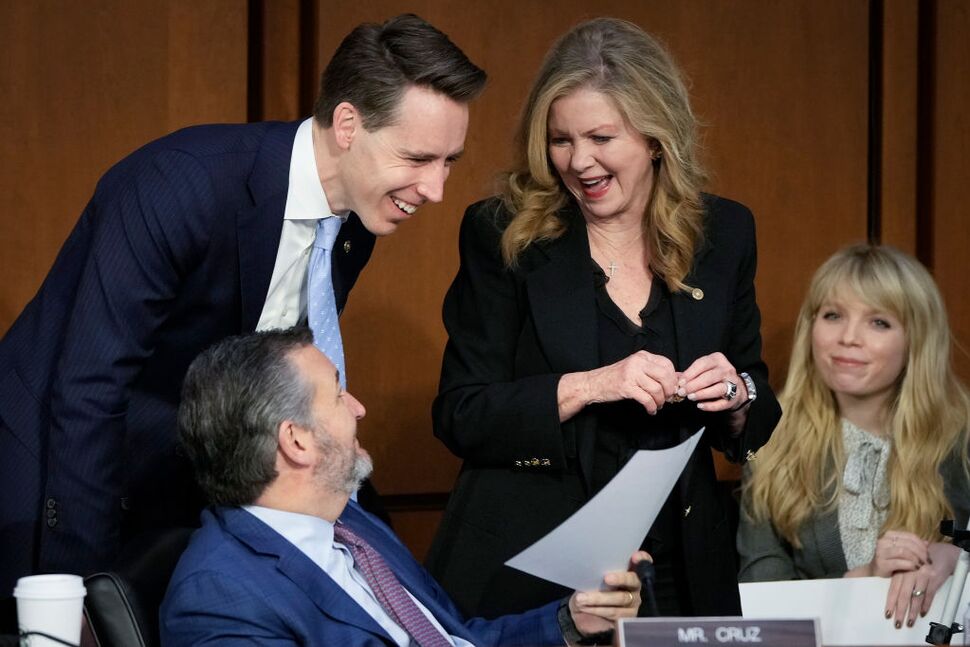 Right off the top, I want to thank Senators Cruz, Hawley, Cotton and Graham for their undivided attention to me the past few days during these historic Senate Judiciary Committee Hearings.

They might not be the sharpest tools in the shed, but at least they are smart enough to know these shows are always, ALWAYS, about one thing: me.

Could well be Judge Ketanji Brown Jackson is the most qualified person to ever ascend to the high court, but that is hardly the point. The real goal here is to kick the shit out of the Libs. Own ’em. Put ’em in their place. And if the black woman gets nicked up in the unfriendly fire, it just couldn’t be helped, and all the better.

Those pasty flamethrowers know that after 246 years of this democracy, guys like me aren’t easy to please. But I give ’em credit. They really outdid themselves this time.

Hell, I bet everybody in America knows just what they stand for now …

Understand, my kind are the bedrock of the Republican Party, and all that is still good and right about ‘Murica.

I am 62-year-old man, but most of all: I am full-blown white. I own those Harvard-educated lily-whites. My kind put ’em in power. I know for a fact Josh Hawley is full of shit, even if he sometimes forgets he is.

But that’s hardly the point. I just need to know, that without question, guys like Hawley are thinking of me and only ME during hearings like this. I need assurance they understand there is nothing on God’s green earth that is more important than I am, and preserving my God-given right to keep running this country any way I want, and most likely, into the ground.

In my mind, America was built by people like me. I have worked tirelessly to preserve what the Founding Fathers (not mothers) put in place. You can never thank me enough for this. But you can damn sure try …

And what better place to lay it all on the line for me than those formidable, white buildings on the Hill, that were built just for me? What better target than a some hotshot black woman, who needs reminding of her place in the grand scheme of things?

Graham, Hawley and Cotton know that me and my caucasian, male cohorts have been the backbone of their party since Lyndon Johnson signed his name to the Civil Rights Act in 1964, thus surrendering the south and rural America to the Republicans for the next 58 years and counting.

They know I turn out to vote without fail. They also know that when I diligently show up at my safe, convenient voting location, there better not be any damn lines. Lines are for those people to stand in. I’m strictly there to get my business done as quickly as possible, so I can get back to making sure they are focused on doing mine.

And they better deliver, because if they don’t, they know that I know there’s millions of other white men out there who will do just fine — up-and-comers who are just itching to do my bidding, and get all manner of payoffs, kickbacks, and squishy handshake deals from our dark forces in the shadows. Those boys WILL serve me, or else …

In the days leading up to the hearings, I was anxious to see what that reprehensible slug, Ted Cruz, had planned for me. It’s still tricky business sticking up for white supremacy in public. Charlottesville didn’t go as planned, but I have to say, after Trump kicked some of his rust off, white people made great strides keeping those people in their place. Just wait’ll they see what Republicans have in store for ’em next time they try to vote …

Now onto the show. What had my servants cooked up for ME?

Turns out they had decided to serve up some kind of overheated dish that smelled a lot like Judge Jackson being a child porn-sympathizer, with a side of “she won’t protect our kids.”

Hell, we ALL knew they were lying, but me, being a white man and all, could hear the message loud and clear: “This black woman cannot be trusted with OUR laws, and might possibly do completely horrendous things. Don’t say we didn’t warn ya.”

I bet Hawley and Cotton brought up the word “crime” 172 times. We know Judge Jackson’s not a criminal, but she very well might side with criminals.  <wink wink>

Most important? These dirty-dealers knew a great opportunity to grow their brand among the white children out there when they saw it.

These are the kids who will be running everything in the future. They need to know white men are working hard to preserve their place at the top of society, even if we slip up and allow a black woman onto the Supreme Court every now and then.

These kids must know that white supremacy is taught and handed down from generation to generation. It’s tireless work. But the rewards are endless, if you can just stay disciplined and make sure to paint anybody who doesn’t look like you as dangerous, and odd as hell.

Yep, as an old, white man, I got a lot out of those hearings. The message was clear as day. I appreciate all the time that was spent on me.

I have to say, though, the one person I couldn’t figure out is that uppity Marsha Blackburn.

I mean, she does understand that she works for us good, ol’ white guys, right???? 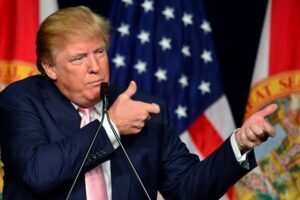 Free From Shooting Supporter In Middle of Street, Trump Turns Gun On America

It's now safe to say there will be no patriotic moment when McConnell, Graham, Romney or Collins take to the Senate floor, grab hold of the truth and lift it toward the sky. They have anchored themselves to their base and decided to take a breather knowing it would be impossible to go any lower. How freeing for them. They have flipped the keys to Trump knowing full well he will drive through every stop sign put in place by the architects of this imperfect, Democratic maze and wreck this country. 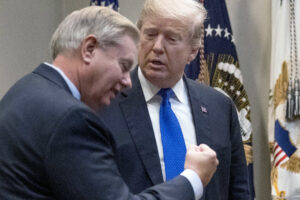