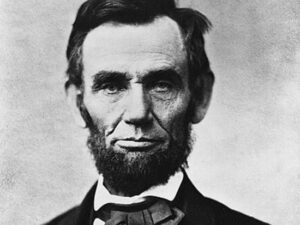 Old, but plenty enterprising, I decided to go big this morning, and went after Abraham Lincoln for a talk. It being Honest Abe’s 210th birthday the ask was obvious, no? But nobody had — at least not yet. A definitive Google search confirmed this.

So I took a seat in my dusty green Adirondack chair, lucky pen and paper in hand. Playing a journalist’s hunch, I looked to the sky. Then I started politely asking for an audience with arguably our nation’s greatest president.

Not long after, a willowy voice, and more high-pitched then I would have imagined, soft-balled its way into my ear. We talked.

Abe has plenty to say but does so economically, and with wise, black-and-white panache. He, too, worries about the state of things in the place he once used his strong, long arms and political genius to free us from our greatest sin and yank us from a civil war that still festers over 150 years later.

And this teaser: Next time you ask why the chicken crossed the road? Show some respect.

Enoughalreadynow.com: Thank you for taking the time to speak with us.

Abraham Lincoln: All I have is time, dear fellow. In the end, it’s not the years in your life that count. It’s the life in your years.

EA: Whoa boy … Do you really speak this lyrically all the time?!

AL: Thank you. Humor is vitally important in life …. and the after-life.

AL: Hahahaha. I wouldn’t know! Turns out when we die we go into a vast, never-ending space that is ruled by the animals.

AL: Tis true, my good man. And you are a good man, but I’d clean it up just a bit. The cheetahs have their eyes on you.

EA: Er, OK, thank you and thanks for the warning. Can’t outrun a cheetah.

AL: I can tell you that Scalia certainly couldn’t.

EA: Hahaha. But about this place you are in …

AL: Yes, yes. The animals were always far and away the best beings among us. Makes sense they should get their day in the after-life. We were not and are not good to the animals on earth. This makes no sense given they’ve got the extra sense! So they rule here, and are darn good at it.

EA: So you live among the animals. Wow!

AL: Yes, but only the lucky ones. You see, most people who show up here don’t last long.

AL: Well, if you lied, were not kind, and avoided humor in your life on earth, you are pretty much dead upon arrival here. The liar or the ill-humored will show up and can expect to be quick lunch for a polar bear.

AL: See? You are catching on.

AL: Indeed. My Elephant, Hitler lasted but a second, before he was torn to bits by 74,000 gerbils.

AL: I don’t get it either. It is said to be an inside joke among the animals. Heckuva thing to watch 74,000 gerbils devour a man.

EA: So who do you hang around with?

AL: The otters whenever possible. What a fun group!

EA: Ali? Kind of surprised he made the cut. I mean, he was the Greatest, but he certainly wasn’t perfect.

AL: Nothing is perfect, my dear boy, except maybe Secretariat’s gait. And truth be told, Ali is more animal than man. One hour after he arrived here, he picked a fight with a rattlesnake. Slapped the critter around pretty good. Snake struck with vengeance but could never lay a fang on him. All the other animals got a real kick out of that. He’s a funny fella, too.

AL: And Mary doesn’t like it one bit when I mention this, but my Elephant, there are a lot of women up here. Believed to be a 10-to-1 ration, women to men.

EA: I guess that makes sense.

AL: Abundant sense. Women light the way. Next to the animals they are our best and brightest. Look at the latest presidential election.

EA: I’m glad you mentioned that. How-in-the-hell do you think we got Trump?

AL: You meant how-in-the-zoo, did we get Trump?

EA: Apologies. Correct. Still getting used to this.

AL: Understand. I guess the thing that bothers me most about America is its inclination to make great progress, followed by its zeal to erase it. President Obama — who by he way, is absolutely loved by the animals here — finally moved toward more inclusiveness. He strove for a government that protects everybody and discriminates against nobody. Advances in medicine since my time there boggle the mind. Why can’t everybody benefit from this wonder? Who’s to say who can and cannot be treated and cured? Should a sick little girl be left to die because a man feels she should have no right to that treatment? I can tell you if you had an owl running things, that would never be the case. It tears my heart apart to watch these things.

EA: So America made great progress with Obama and now seeks to erase that with Trump?

AL: Precisely. For example, you build a country on the backs of immigrants, and those very immigrants seek to erase the flow of other immigrants into the country. It is so easy to see and unbearable to watch.

EA: Try living among it!

AL: Dear fellow, have you forgotten the Civil War?

EA: Sorry, good point. We could be headed in that direction.

AL: You are already there. These days you fight the uncivil war. You type without thinking. You lie to make your case. You cheat to get ahead. You abuse and kill too easily.

AL: Perhaps I did, yes. Up till this point, he defied description. I shouldn’t repeat this, but dear me … John Lennon calls him a “cockwombling shitgibbon.” No idea what that means, but the animals love it. I should say, I do, too!

EA: What do you think our outcome will be with Trump?

AL: He is already failing miserably, is he not? His first two years in office have almost been as bad as Stalin’s first few minutes here.

EA: So America will get through this OK?

AL: It will. I am encouraged by what I see in the resistance to this man and his dirty ideals. And if it makes you feel any better, the gerbils up here are licking their little chops. 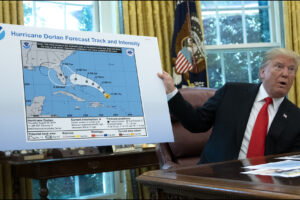 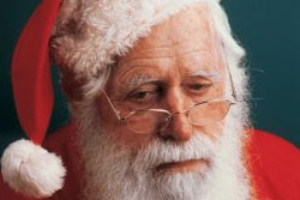