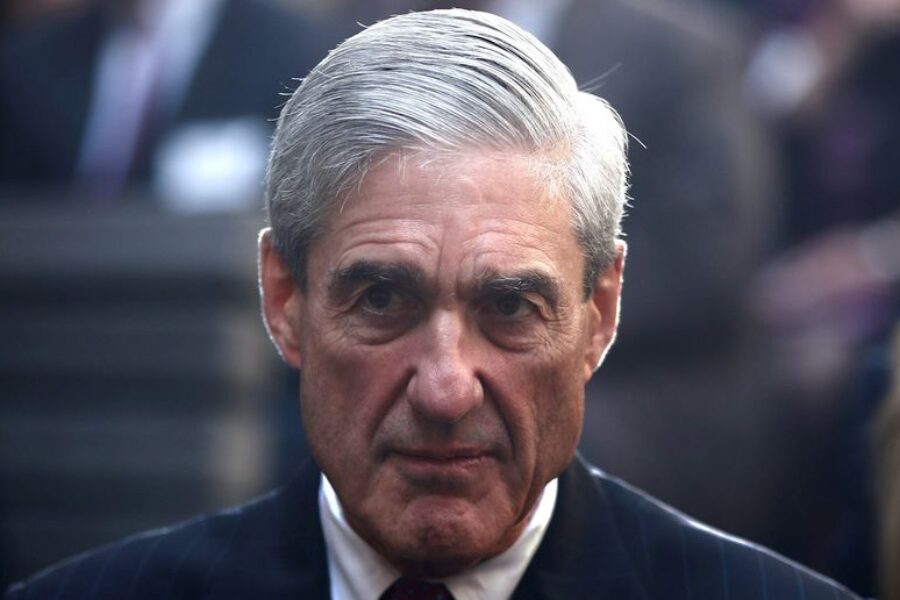 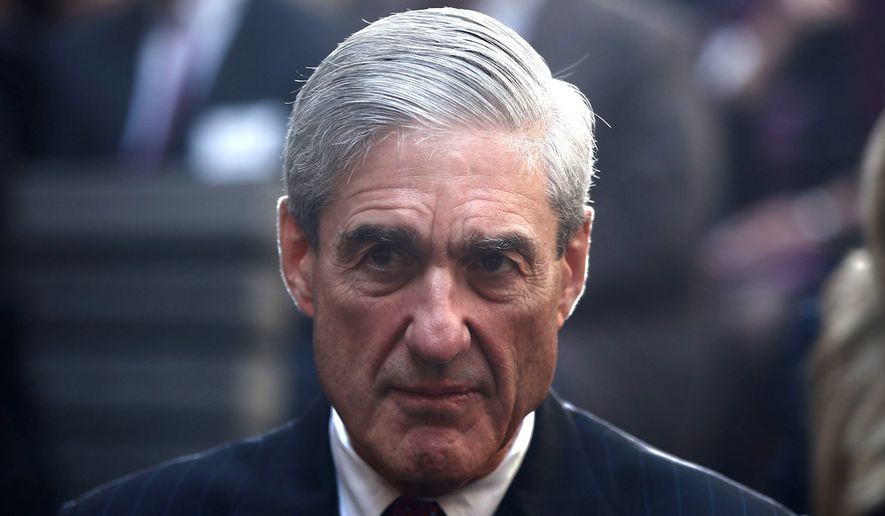 For all of Trump’s snot-nosed bloviating and ear-piercing dog whistles, nobody … I mean NOBODY … can turn the volume up without saying even a single word quite like Robert Swan Mueller III.

Entering the crucial Midterm Elections it was taken — even if nobody actually heard him say it — the United States of America’s Special Counsel would refrain from dropping any hammers and banging heads together so as not to unduly influence what most of this country hoped would be fair and democratic elections. This would be done in deference for the country the man has served with sparkling integrity for his entire adult life.

Sure enough, in the days and weeks leading up to America’s most recent Day of Infamy on Nov. 6, Master Mueller battened the hatches and not a single Trump or Putin stooge was hauled off and charged with any number of crimes against our nation that have already landed so many unsavory thugs in boiling-hot water. Paul Manafort and the 30 or so gathered in Mueller’s air-tight net could only wish they had been so lucky.

Even if there was important work to do safeguarding America from the Russian scoundrels and their greedy Trump and GOP underlings, a decorated war hero like Mueller surly knew the American citizenry needed space to start sorting out this awful mess at the voting booth. Under the darkening shadow of the most morally bankrupt and corrupt administration in our nation’s history, there were monumentally important issues that so desperately needed shelter and light such as healthcare, voting rights and human decency.

So Mueller, the crime-fighting, conservative Republican, quietly sealed his envelopes and watched from the sidelines while one of the most important, hotly contested Midterm Elections in history took shape.

Meantime, of course, Trump was thundering across the countryside with all the grace of a 360-pound, sleep-deprived dry drunk looking for love in all the wrong places.

Flailing away at anything he crossed on his muddy path, Trump took his slimy, one-man lounge act to all the likely lily-white launching pads where he fired at will at anything that dared move before proper genuflection.

He sometimes grudgingly sharing his fortified stages with the likes of Republican poster boys Rush Limbaugh, Sean Hannity and the venerable American icon, Kid Rock. These patriots were on a mission to shore up the party’s dependable base of smoldering hate and ignorance, sure, but everybody knew it was always about, Trump, and making sure they quenched his roaring thirst for adulation. They knew things had been so very, very hard on him and so, so unfair. There was a full-blown witch hunt on, after all. Nobody ever needed their ego stroked more than their orange snowflake.

There were mass-shootings, bomb threats and dangerous caravans on the way … Trump was whipping his base into a fiery frenzy, while parts of the country were literally being incinerated by raging fires …

Inventing talking points seemingly out of the thick, polluted, hot air of those rallies in Ohio and Kansas and Kentucky … in Wisconsin, Arizona and Texas … Trump would work the room as only he could, starting slowly and grinding his way to screaming bloody murder while the red-hats went into a frenzy screaming for Hillary to be brought before them and boiled in acid right before their bloodshot eyes. Unfair taxes, healthcare rights, shoddy infrastructure and Russian attacks on our democracy could wait, there were scores to settle and a working press to beat into submission.

What all this got them, of course, I mean besides drool all over their best Sunday shirts, was the most thorough beating a political party has ever sustained in an off-year election. There were more than eight million Democratic votes cast than Republican ones across the country.

Despite all his ugly grandstanding, a decent economy and historic Republican gerrymandering, Trump’s party still managed to drop a whopping 40 seats in Congress.

And even if Trump is completely incapable of embarrassment, one does wonder, but we most assuredly will never know, what a lifetime conservative Republican like Mueller thought about all this. I’d hazard the man was thinking, “Well, if it’s too late to rescue my decaying party from the clutches of Trump, it’s not too late to keep all of America safe.”

And what of his party? What say you, McConnell and Graham? What say you, Jeb and W.? How about you, Paul? No comment while this two-bit, lying thug burns down the house that Reagan built? He has exposed you, you selfish fools. He doesn’t care about you. Even the decided minority of America that just got shellacked in the elections aren’t with you. They are with Trump. Where you are is out in the cold. Your silence through all this might be the most pathetic thing of all.

In the past week or so, it’s clear our nation’s Special Counsel has decided his fellow Americans fairly had their say at the voting booth. He is still in the shadows but is cranking back up the volume to a fever pitch. Everybody in the world can hear it, but nobody is listening any harder and with a more terrifying interest than Individual-1. We know this because of all his screaming. 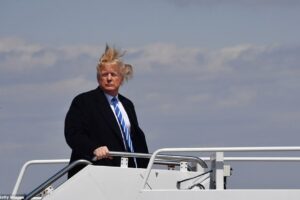 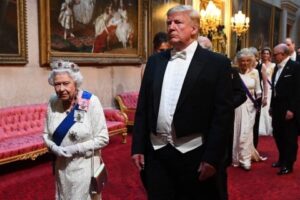 In his Very Important Letter Saturday, Donald Trump provided an astonishing look at his historic trip 'to The Overseas' and 'great day at the beach' in Normandy. 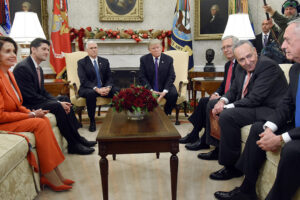