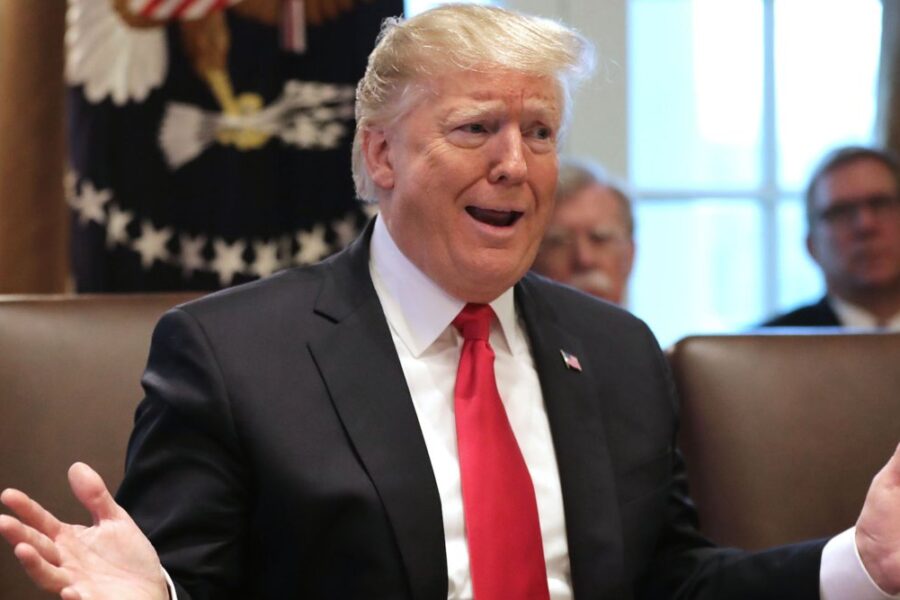 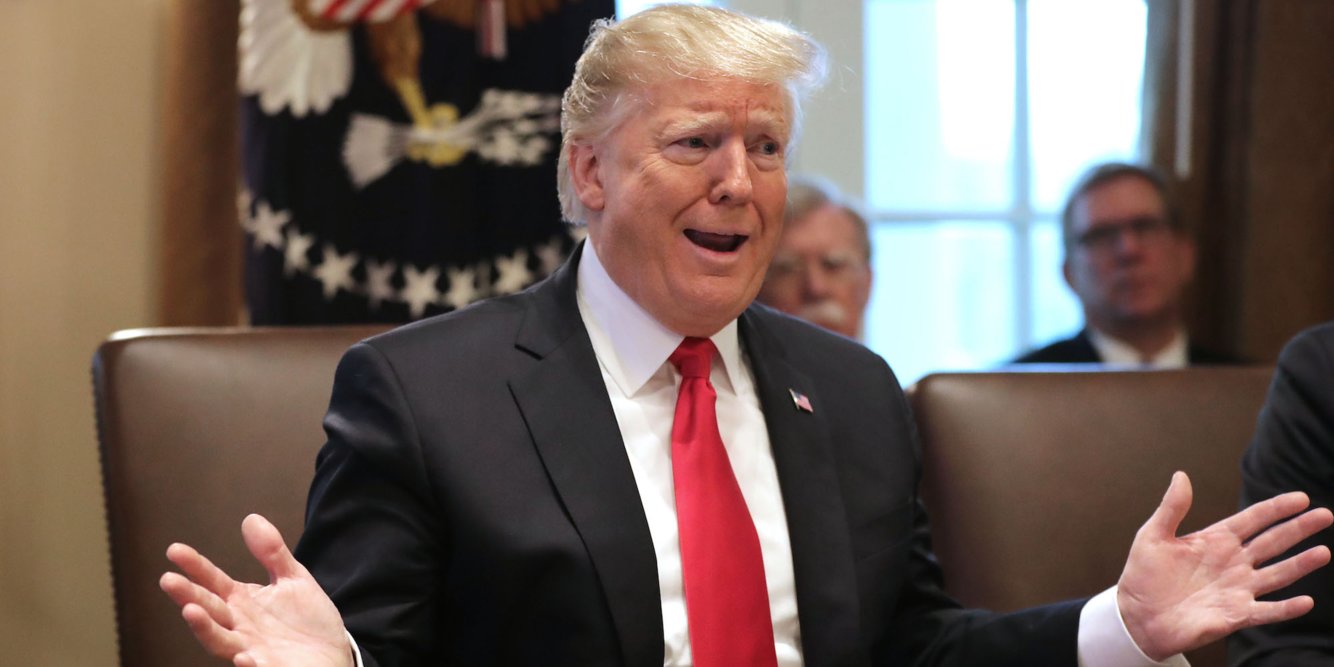 Good Morning to the Growing Amount of Great Americans Who Continue To Support Me No Matter What,

I just want to say, I am tired of the way people are putting words in my mouth for the great things I said yesterday during my very important, incredibly valuable and history-making cabinet meeting. I have been told by many, many people at Fox News and around the world that my performance yesterday reminded them of the way Thomas Jefferson used to handle himself in front of the cameras, except he wasn’t as tall as me.

I am also going to use these important words to proudly talk about this government shutdown, which frankly doesn’t bother me one single bit. I think people are now seeing that the world works fine without the government, and it is all a big waste of my money.

But because I have perhaps the biggest heart in America, I guess I hope it opens soon, but not too soon, so the people who make sandwiches next to the museums and the shopping mall where I had the greatest inauguration ever, can keep their jobs. Though, to be honest, folks, I am not sure they are real Americans and I think you know what I mean by that. But enough about them for now. They aren’t ruining our country as much as the other Mexicans in the caravan who are trying to get in here and illegally make sandwiches and rape teenagers and blowup cars.

I can’t believe all the respect I have from my cabinet and all the people in the chairs who sat around the cabinet by the doors. Even the people in the chairs by the doors next to my cabinet are in lockstep with all the great proposals coming out of my mouth and literally off the top of my head. Even the people in the halls outside the doors that led to the table where the cabinet is built were deeply impressed by all the wise words that came out of my mouth in the middle of the table which was at the heart of the cabinet surrounded by chairs and outside the chairs that led to golden carpet in the hall. In other words, it’s a helluva cabinet, folks. The best. I am still learning most of their names so I want to be careful about singling any of the cabinet pieces out.

My father, Fred, used to shake his head all the time and tell me, “It really, really amazes me, Donny, because nobody tries any harder than you not to be a moron.” Well, needless to say, that always meant a lot to me …

Look, you have to be a complete idiot not to be a good general, unlike Stan and Mad Dog and Kelly to name four. They hurt my feelings and were very disappointing to me and the rest of America. But they couldn’t help it, folks, because while they were in the fields being generals and bossing tanks around everywhere they never had to report to anybody as tough and strong and manly as me. I know I intimidated them which I do quite a lot to people. They meet me and then they say under their breath (and I hope you don’t mind me cursing here a little), they say, “Oh shit, this is even more brutal than I expected.”

Well, of course it is. Nobody can brutalize people like I can.

And they don’t think I can hear them when they say that, but I have very, very good hearing, folks. Stephen doesn’t know it, but I can actually sometimes hear him gasping for air from his tiny, little office in my bedroom closet. Anyway, generals are literally terrified of me. They have the same look in their eyes as my caddie after he’s pulled the wrong club on the toughest par-3 ever at the world-famous Trump International Golf Club, home of the fattest steaks and thinnest broads around.

Well, I’m glad I could clear that up about being a good general. I’m not sure I would have liked being an admiral but I would have been good at that, too. I don’t like the water much, especially when my caddie pulls the wrong club at the world-famous Trump International Golf Club and I hit the ball in the damn pond because of him. Idiot. I could have been a good caddie, too, but if you think I am cleaning somebody’s balls all day, you are confusing me with Mike Pence.

Finally, a word or two about my shutdown. I am not as proud of it as I thought I’d be, but I am getting there. Many, many people have told me that this could be the longest, greatest shutdown ever. Well, of course it will be. Nobody has ever been as good as shutting things down as me. I can shut anything down that I want to with ease. Why I might be the greatest at shutting … Hang on …

Sorry, folks, but Rudy tells me I have to answer another question from the Mueller WITCH HUNT lickity-split, so I have to end this for now. 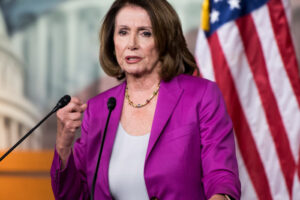 Now we are holding our breath and tapping our feet, while Trump continues to burn it all down. He doesn't follow laws, he eviscerates them. He doesn't tell the truth, he batters it. He doesn't love this country, he loathes it. It is time to impeach this awful man. 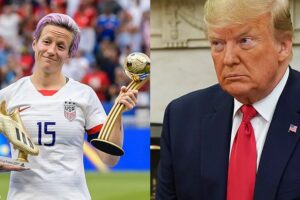 Now where was I ...? Oh yeah, I want to talk very quickly about the women's soccer team and the girl with the pink hair who has tried to completely destroy my life and has been very, very mean and not very nice to me in public.