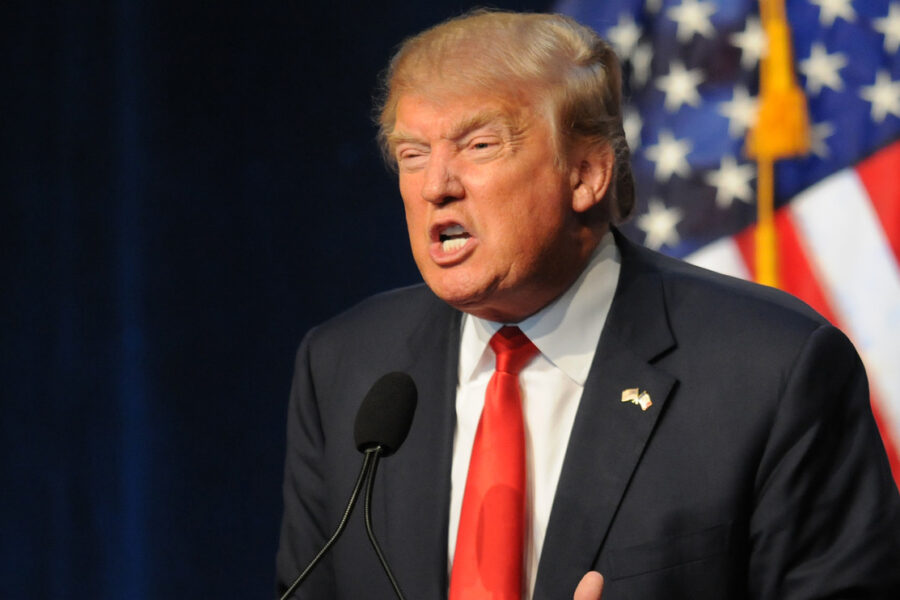 In Powerful Letter, Trump Destroys Public Servants, Presidents Who Came before Him 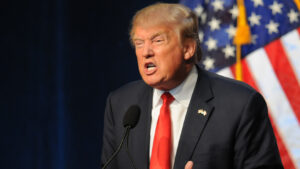 Dear 80 Percent Of Americans Who Look Up To Me All The Time,

I know it has been a while since I wrote you a Very Important Letter. I am sorry you haven’t been able to hear from me more. I know this has been incredibly hard on you. You should be hearing from me literally all the time, and if I had my way you would, incessantly. But you can always find me here at a moment’s notice if you simply can’t live without me.

For a while there, everywhere I looked there were ambassadors and foreign exchange students and state of the union experts speaking out of turn and trying to make me look bad. And if you noticed, many of them were vile, nasty women who couldn’t wait to say awful, awful things about me because they were jealous of all my incredible, manly success.

This is why Nancy ripped up my powerful state of mind speech to the Congress. She couldn’t stand what was coming right out of my head and then through my mouth. Nobody has ever had things come out of their mouth like that.

Just so you know, after I am elected again in November, I will be rounding up all these women and throwing them in jail where they belong. As you know, it is against everything our great democracy stands for to attack its duly elected leader. It is treason and a high crime and misnomer. Putin wouldn’t put up with this, and neither will I.

Which out of the blue, brings me to President’s Day, which is why I am here in the first place writing to you on this historic and hollowed out day.

Anyway, back to George, who never took the time to write to you on President’s Day and he is the father of this country! What kind of father would never write to his country on his very own day??? Think about that, folks.

Apparently, unlike me, he was very selfish and might have hated his country just a little. Not a lot, but a little. I think this is why he didn’t run again even though he could have. He was just sick and tired of everything and ready to retire to Martha’s Vineyard, I guess. That was a joke. Martha didn’t have a vineyard. She had a plantation with slaves. How could anybody be unhappy when they have a plantation with slaves??? It boggles the mind.

I will say this for good ol’ George, though, he was pretty tall. I am still not sure he was as tall as me and Abe, but pretty tall, which is very important when you want to boss people around.

And speaking of Abe … he wasn’t that honest, believe me. I could tell you stories that would make your head spin. But, because I am not that kind of guy, I won’t. I’ll just say that despite the fact he freed the slaves, he was a decent president and far better than Teddy Roosevelt, who had a horrible, terrible drinking problem, which is why his son Franklin turned into a cripple and lied about it to the American people so he could be elected about six or seven times.

I don’t drink, I am not a cripple and I never lie, so I figure I should be able to get reelected about 10 times if I want to. But we’ll see. We’ll see, folks.

But back to history …

Suffice to say, Truman was so upset about working for a lying cripple many people say it caused him to drop the atom bomb. Now I wasn’t against him dropping the atom bomb. I think atom bombs have their place in society and Japan totally deserved it, and probably does even now, but Truman let his emotions get the best of him sort of like Kennedy did when he tried to invade the Bay of Pigs.

That was an awful decision that only got the farmers in Puerto Rico furious at him. Believe me, there is nothing worse than having a farmer furious at you, which is why I happily give our farmers all the welfare they need just to keep their big mouths shut and support me no matter what. Do you know I could walk onto a farmer’s property, pour gasoline on his silo, start it on fire, cook marshmallows while it burned and he would hand me money for my reelection campaign before I left?

It was very, very lucky for Kennedy he didn’t have to finish his term, because his presidency was shaping up to be a complete disaster. But not as bad as Nixon’s.

That moron couldn’t control his stupid Republicans like I can. Even though I didn’t work with Vlad to beat crooked Hillary and then again to dig up dirt on Crooked Joe, if I had I would have told Mitch to give me a pass or I’d hold a few rallies back in Tennessee or Kentucky or whatever redneck state he lives in and it would have ended his career on the spot.

As for the rest of them, well, I wouldn’t give ’em a cent for their reelection campaigns if they voted to have me removed. This is not hard, folks, and how I have operated all my life — with absolute community.

Instead, Nixon cried like a baby and quit. What an idiot. What a loser.

Even Reagan wasn’t as bad as Nixon. But he was pretty bad, despite what all these Republicans say these days. All he did was sit around and let Mexicans cross our borders all the time. He didn’t care, which is why I am cleaning up his problems and sending all these disgusting people home to their own stinking countries. And people say Reagan was great? Gimme a break. How many brown kids did he cage? How much taxpayer money did he use to build a great wall?

But as bad as Reagan was, he was nothing compared to those Bushes who might be the stupidest family that has ever walked the earth. What kind of moron voted for a Bush?? I’ll tell you what kind: A stupid moron, that’s what kind. Thank God those stupid morons vote for me now.

And by the way, have you heard a word from any of these Bushes? Of course not. They are at home in Texas probably still whining over losing daddy, who actually wasn’t that bad a guy, even though his plane got shot down in World War 1. I mean, come on, folks. Who allows their plane to get shot down? Almost as bad as McCain getting captured. That’s why I save my heroic medals and ribbons and stuff for people like Rush Limbaugh, a true, brave American hero.

Let me finish by saying, none of the awful presidents who came before me — not Washington or Jefferson or Franklin or the two moron Roosevelts or Kennedy or the two disgusting Bushes, ANY OF THEM — were as bad as Obama.

Here’s a guy, who, had Lincoln done his job properly, would never even had a chance to vote, much less run our country into the ground.

Without Obama you never would have had me! Think about that. Stephen Miller does all the time.

So on this President’s Day, I just want to say it has been my great, white privilege to allow you to serve me, America. I will need much more from you.

You are welcome. Enjoy my day. 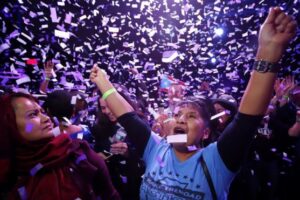 Where Were You The Day Our Women Saved America?

From literally Day One of the Trump Tragedy, the women in this country grabbed America's helm. Instead of steering away from danger they fiercely turned directly into it. 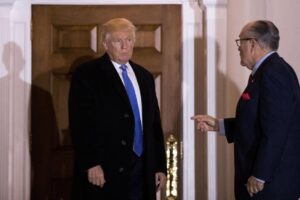