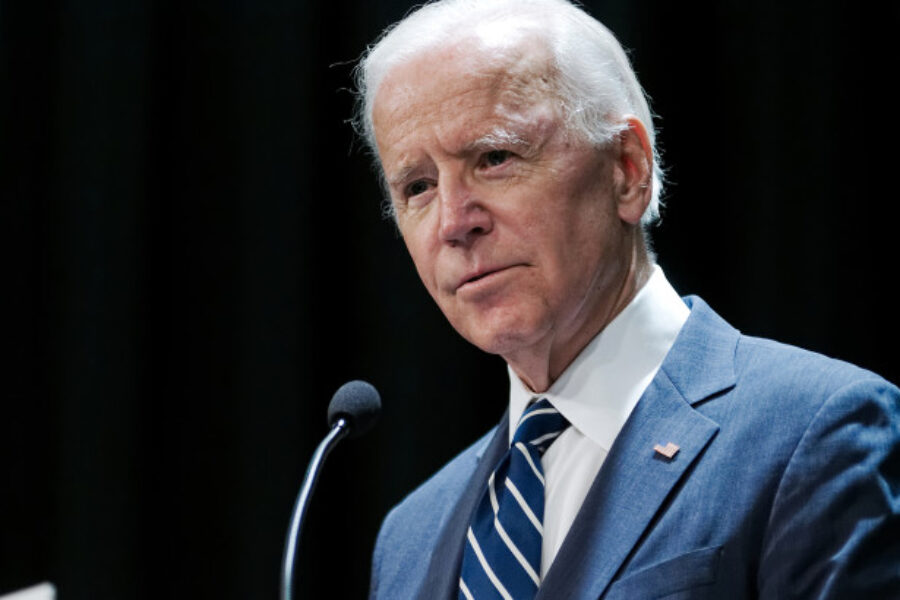 Seventy-eight days out from the most critical election of our lives, there is exactly ONE group of voters still supporting Donald Trump at disturbingly high numbers: White voters without college degrees.

If you are a Democrat making light of this, congratulations, you have just identified yourself as a big part of the problem.

Along with African-American women, voters without college degrees use to form the backbone of the Democratic Party. Unfortunately, the past 50 years or so, those women have been left holding things together pretty much on their own. And by together, I mean by their fingernails. The white voters without college degrees have taken a shine and their grievances to the other party, which if nothing else, at least says it loves them.

I am one of these “under-educated” white people who lately the Left seems so eager to poke fun at and disregard.

I dropped out of school in the 11th grade and joined the Navy. I was an angry 17-year-old Jersey kid, who at least was smart enough to know at the time I needed a good ass-kicking more than anything. And if I could kick a little ass besides? Sign me up, sir.

Angry or not, college was never going to be an option for me because: a) I hated school, and b) Have you seen how much these colleges charge????? At some point, I hope we finally start taking a long look at this, because it just might be the most organized crime in the world.

Want to know the best way to stop all this obscene college debt our kids find themselves in? Stop colleges from obscenely putting our kids into debt in the first place.

Further, if we are so damn smart from all this billion-dollar, elite college schooling in our country, how in the fuck did we end up with Trump?

But, hey, I’m an under-educated white guy, so what the hell do I know about any of this …

Look, the under-educated — people of all colors — built this country. Want to know who seems smart enough to know this besides the Republican Party? Joe Biden.

I’ve been pretty hard on Biden around here, but the guy has so far proven to be the right candidate to stand against all the wrong that is going on in this country.

There is real irony in the fact, that Old Joe is old enough to remember when Democrats were the party of the working man. He’s not laughing at the under-educated, he’s looking to put their asses to work; maybe teach ’em a skill or two that puts some real money in their pockets; put some political capital behind our unions so they can crack back at the white-collar crooks, who are the real devils of any reformative details in America.

And there’s going to be a helluva lot of work to fix what Trump has taken a sledgehammer to across our bruised and fruited plain.

Because Trump is a full-blown psychopath far more interested in tearing things down than building things up — which is a hell of an irony given he’s a self-proclaimed builder — he missed a golden opportunity to almost assure himself reelection by making infrastructure the hallmark of his presidency. It was all right there for him.

I’m going to guess about 172 Republicans told him this, because he was at least occasionally able to say the word before going onto much more critical things facing America like what kind of blouse Mika Brzezinski was wearing on TV that morning.

No, Trump had pandemics and the murders of our troops to ignore, walls to build, fine people with Tiki torches to defend, children to cage, entire cities to belittle, healthcare to kill, water to pollute, and elections to incinerate. He wasn’t going to waste time fixing our decaying roads, railroad lines and bridges. Where’s the fun in that when you can gas your own citizens to hold up a Bible you never read in front of some church you never attend?

Rebuilding America is a job for Democrats and Joe Biden knows it. As the Democratic Convention kicks off tonight, I look forward to hearing more about that because it doesn’t take a college degree to know this: 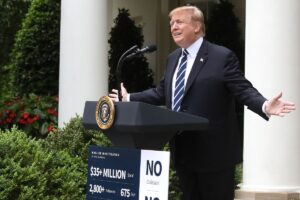 Trump's performance in the Rose Garden was so pathetic, so unhinged and so completely over the top, a 100-year wilt began and the poor, poor roses needed to immediately be replanted someplace warmer, like Helsinki. 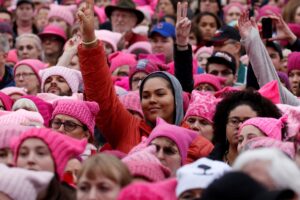 Through the darkness, The Resistance has turned on the light. And the women of America have flipped the switch ... 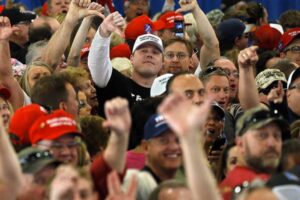 "I figured after eight years of peace and quiet, I'd give a white guy with big ideas a chance to get our voice back in the room," he says. "Besides, as you well know, Hillary just couldn't be trusted."