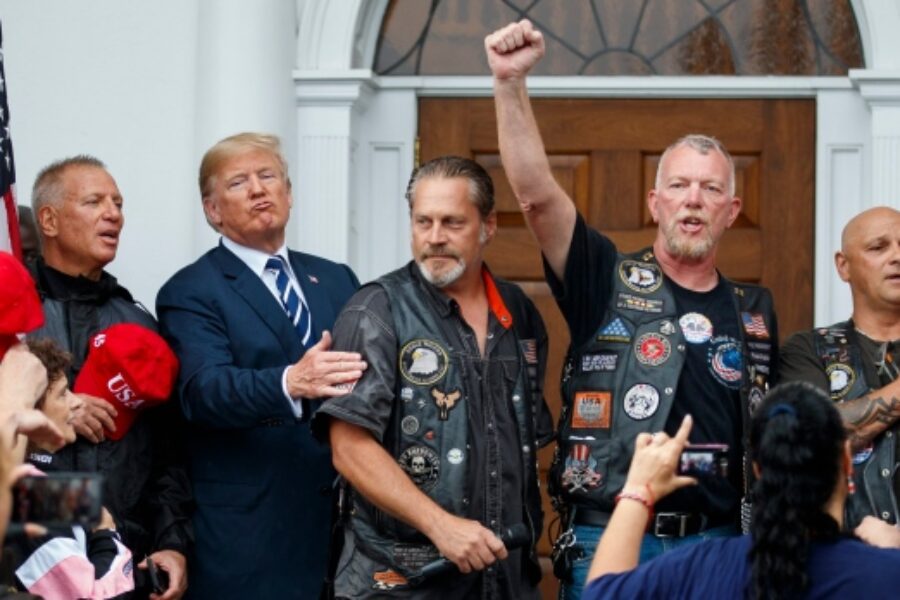 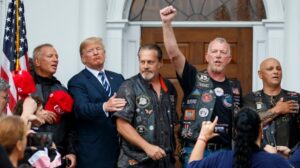 First, I just want to thank everybody who is memorializing me today on this very important holiday. After all I have done for you, that’s incredibly important and I appreciate it. You have an extra day this weekend to memorialize me, so there should be no excuses if you don’t. So you are welcome for me thanking you for memorializing me.

I hope you saw me yesterday hollering at the Bikers for Trump off my balcony at the White House and honoring everybody who unnecessarily died on the battlefield so that I could holler at the bikers without any restitution. These bikers are tough people, folks, and are used to being yelled at. I mean, they still love me even though I tried to wipe out Harley Davidson with my terrific tariffs. Now that’s dedication.

While you are memorializing me this weekend, try not to be angry with the soldiers and sailors who died in our wars and left their colleagues to fight without them. If they hadn’t died, and been a little bit braver, the wars would have been over a lot quicker. Think about that, folks. I do all the time.

As you know, unfortunately I was unable to go to war, which is still one of my greatest disappointments. Every time I tried to sign up somebody would give the recruiter a doctor’s note that said I was vital to keeping our yacht club safe. Well, somebody had to do it.

I think you know by now after watching me take command of the country as your General Power Commander, I would have been one of the greatest soldiers ever — not like Lying Mueller or Cowardice McCain or Cringing Kerry. No, I would have done great, great things. It’s probably better I didn’t go, because it only would have embarrassed everybody who died because they weren’t as good at fighting as I was.

When I used to patrol the hallways at one of the military schools I attended far, far away from home because my parents loved me so much … all the smaller kids used to look at me with terror in their eyes, because they knew that if I ever was in a war the enemy would have no chance. I used to have a ball jumping on top of them in the trenches they dug, ripping out their hair, and taking their money. And just so you know, I did that to the boys, too.

Those kids didn’t have a chance. I used to stay awake at night in my bunk and just plot all the awful things I was going to do to them the next day. I’ll never forget the time I stuck a loaded grenade down my bunk mate’s pants and blew his pecker off. Lucky for that coward, it made for a great doctor’s note and he never did have to go to war on account of having no pecker.

Even though I had a pecker, I still didn’t get the chance to go to war which really makes me angry. Why I’d run around showing everybody my pecker just to prove I had one, and just like that, another doctor’s note would show up just like magic.

So there I was spending the entire war showing everybody my pecker while all my buddies went off to Vietnam. So unfair. So, so unfair …

But I digest again … Where was I?

Oh yeah, honoring the fallen soldiers and sailors, even if they got their peckers shot up … Sad.

But, hey, speaking of dying, I hope you will all hit the beaches, and the golf courses and have barbecues and go to all our terrific malls, which I am told are having fantastic savings during this great, great holiday weekend. There’s never been a better time to shop, shop, shop, folks!

And before I forget, Mar-a-Lago is offering a Memorial Day membership special: Buy one membership and get the second one absolutely free, or as close to free as possible. This is a limited-time offer, so act now. The first 100 callers get a life-size, autographed picture of me holding my Pulitzer Prize in one giant hand and the Michigan Man of the Year Trophy in the other.

And remember: Mar-a-Lago is home to the fattest steaks and thinnest blondes on the planet. We guarantee it. So thank you.

And thank you for thanking me for all I have sacrificed on your behalf during this Chinese Virus: I have now injected Clorox, snorted Drano, am on a terrific regime of Hypochondriac, have attacked 16 Governors, fired four IGs and later today will be arm-wrestling Stephen Miller in Rose’s Garden without a mask. I think you can see nobody has sacrificed as much and fought harder for this country than I have. And I haven’t wimped out and died doing it.

This, of course, is because of our Holy Christian God who loves me more than anybody, which is completely understandable. Sometimes he loves me so much, I feel like I can’t breath, but then I remember that is because I am just holding my breath so that Mike Pence can pull up my zipper.

So before I end this Very Important Letter, I want to encourage everybody to act like Onward Christian Soldiers and pack yourselves in our churches this weekend to show the awful, stinking, disgusting liberal media who’s boss. It’s very important you do this on my behalf.

Now let’s bow down to me, while I say a prayer:

“Oh Father Way Up There, thine freedom washes upon our sacred shores when we all breathe the odor of the mighty soldiers who came before us, so I could come before you now. Dig not into temptation, unless you absolutely have to, and deliver us from evil for thine is the father, the son and the Holy Ghost. Amen.”

Now go have fun out there. You are welcome again for me allowing you to do this.

My Mother The Liberal 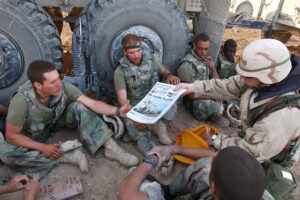